On Not Being Good at Things 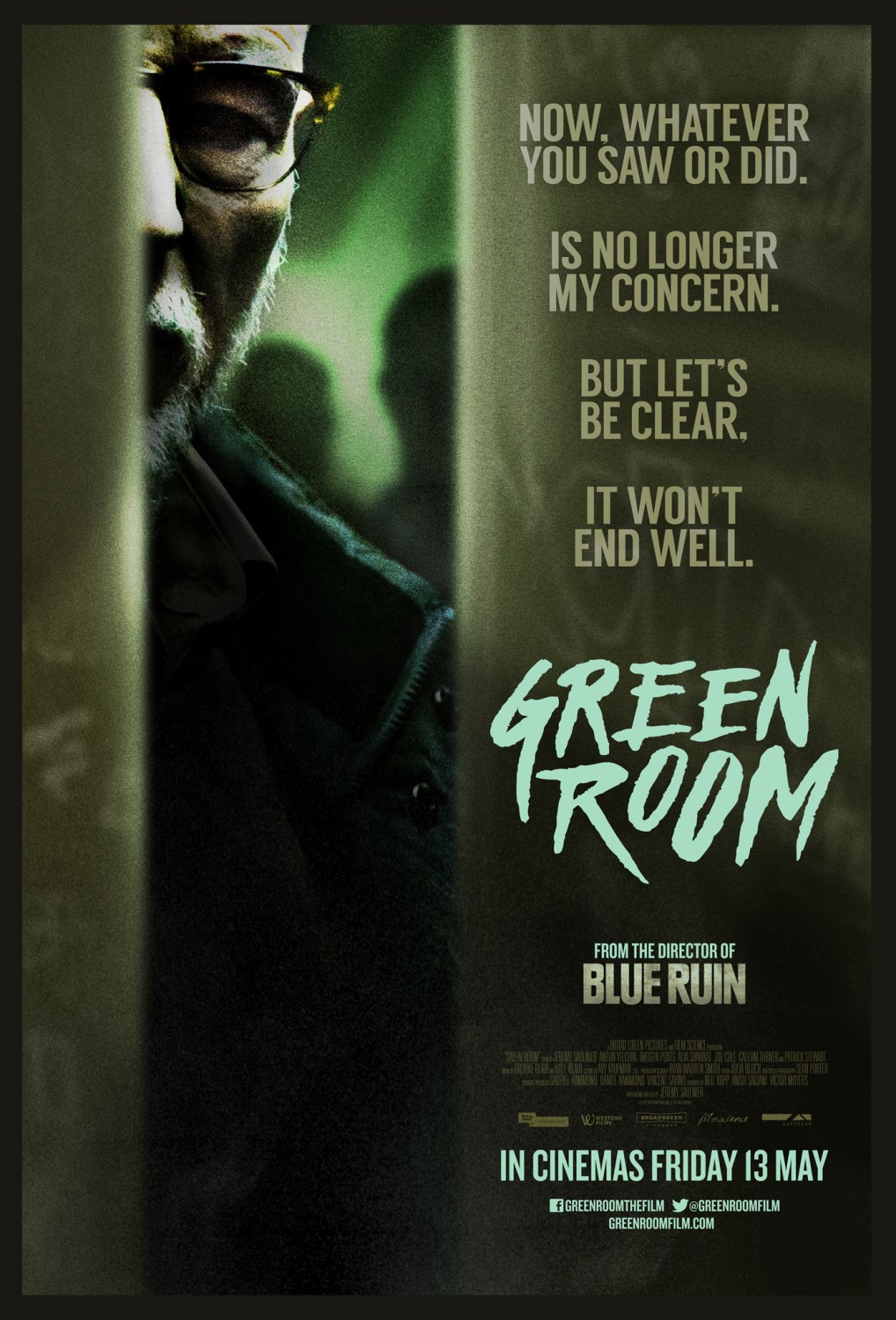 I haven’t watched a lot of movies lately, at least not any that I haven’t already seen. So last night, I went straight to the horror section on Netflix and came across Green Room.  My best friend brought it to my attention a few months ago, and after reading a review for it yesterday, when it came up on Netflix, I decided it was a good time to check it out.

Green Room tells of punk band, The Ain’t Rights, performing their songs and struggling to get by. Following a disastrous gig that they don’t get paid for, they take the advice of local radio host, and book a show at an out of the way bar, run by neo-Nazis. What starts as just another gig for the band quickly turns to disaster after Pat (played by Anton Yelchin) returns to the green room to retrieve a phone, and unwittingly walks in on a murder scene.

From there, it turns into a fight for survival; band members pitted against violent neo-Nazis, led by the quietly insidious Darcy (played by Patrick Stewart). One of the things I really loved about this film is how real it is.There are no malevolent spirits or hideous beasts; there is just man, and a self serving agenda. For the band, their motivation is to break free of their green room confines and make it safely out of their nightmare. For Darcy and his men, it is simply about silencing the witnesses. They handle their planned violence like a business deal, with the kind of cold resolve that is part of what makes Darcy such a powerful antagonist.

Jeremy Saulnier, who both wrote and directed this film, has a clear grasp of what it takes to have an effect on his audience. In just 95 minutes, he presents a simple and effective plot that propels itself forward smoothly, aided by the raw performances by the cast, and the darkness that the film is steeped in. Green Room is edgy, confronting and totally believable, and definitely worth the watch.